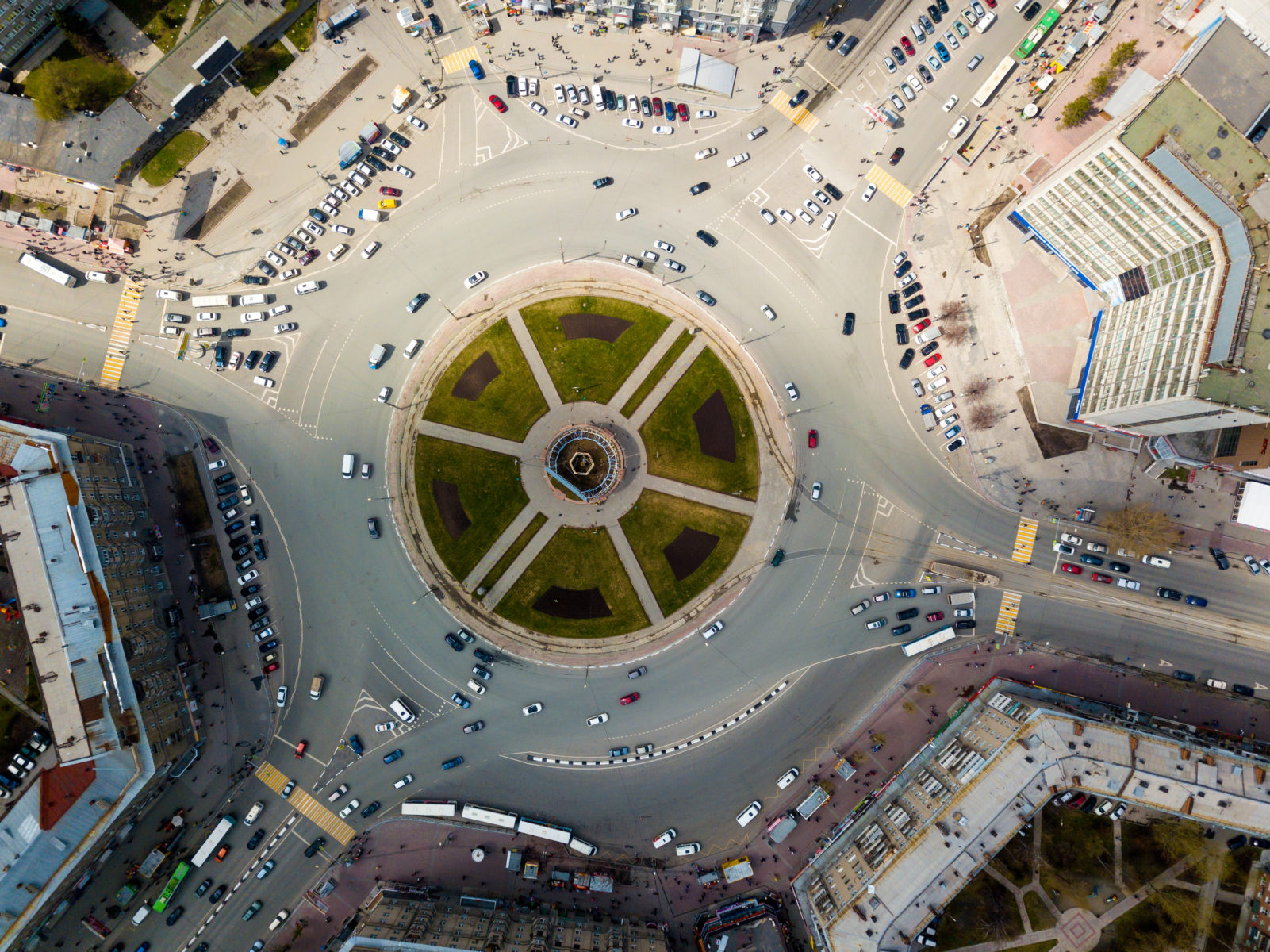 Since at least the 1980s, the geography of work in the U.S. has become increasingly polarized by skill and occupation. Workers performing cognitive, non-routine work have formed hubs in cities like New York, San Francisco, Boston, and Washington D.C., while many small and medium-sized cities have seen their populations dwindle in relative terms and their local economies suffer. All of this has happened against the backdrop of rising wage inequality.

Faced with the continued decline of their local economies, many city governments in smaller U.S. cities are attempting to re-attract the software engineers, researchers, and doctors they lost. But in a new paper (PDF), Princeton’s Esteban Rossi-Hansberg, and the Federal Reserve Bank of Richmond’s Pierre-Daniel Sarte and Felipe Schwartzman challenge conventional thinking that “cognitive hubs” in large U.S. cities inevitably drive or exacerbate inequalities, and that breaking up these hubs is the best way to revive local economies elsewhere.

The authors argue instead that the formation of these cognitive hubs in large U.S. cities should be encouraged, but that the U.S. also needs to create similar hubs elsewhere for workers in more routine occupations. They demonstrate that designing these hubs as occupation-specific can be beneficial for everybody and can correct for, in the future, the wage inequalities and spatial polarization of workers we see today.

The study proposes an “optimal allocation” of workers by occupation across U.S. cities, providing information on the types of workers specific U.S. cities should aim to attract. It also proposes a redistributive tax system to make this allocation possible and equitable, where workers in certain occupations subsidize workers in others. The amount of the subsidy varies not only by occupation, but by what city workers call home.

Goal of our model: An affordable hub for every occupation

Before discussing the proposal in greater detail, it’s important to clarify that its primary aim is to maximize welfare gains[i] equally for all workers. That is, its goal is to encourage a distribution of workers across the U.S. that allows all people—regardless of their occupation, trade, or skill-set—to live and thrive in a hub that improves their quality of life. Today, tech industry workers in San Francisco enjoy social networks, amenities, and economic opportunities that enhance their lived experiences. The authors envision a geographic distribution of workers where every occupation has its own San Francisco, and where every San Francisco is an affordable, enjoyable place to live.

It also stresses, however, that while concentrating certain types of workers in specific cities can produce major benefits for all workers, maximizing those benefits will require some additional changes in policy. Housing is a particularly serious concern, as high costs resulting from limited availability in many large cities have, to-date, resulted in individual welfare losses from cognitive hubs where there should have been welfare gains. The authors believe this can be corrected for in the future.

The authors acknowledge that where workers with certain skill profiles live—especially when their concentration in specific cities might lead to social segregation—has profound implications that extend beyond more immediate economic welfare. And importantly, the model does not directly address all of the underlying forces that influence individual labor market outcomes. While those forces are outside the scope of this one academic paper, they agree they are incredibly important to broader conversations about place-based policies and do merit extensive study. Ultimately, this is an academic exercise aimed at improving our understanding of why jobs are becoming so geographically separated and what that means for the economy. They hope these findings can inform broader conversations about how to revive struggling local economies while ensuring everyone benefits from overall U.S. growth.

In the U.S. economy, non-routine workers capable of doing complicated, cognitive tasks are relatively scarce. Overall, only slightly more than a third of workers are in occupations the authors consider non-routine. Because of this scarcity, where these workers are located can have profound implications for U.S. economy.

Discovering the “optimal” allocation of workers across U.S. cities

Because the productivity of a worker depends not only on her industry and city—and specifically, how her industry fares in that city—but also on what workers she is surrounded by in that city, developing the “optimal” allocation of workers cross U.S. cities requires a wealth of data.

First, the have to take into account the multiple industries in a given city (for example the prominence of the textile industry in Winston-Salem or the computer and electronics industry in San Jose), the demand for different occupations within those industries, the costs of trade in and out of that city, and a range of other side effects that result from the concentration of specific industries in specific cities. They must also consider the costs and benefits to workers of living in specific cities and how those might affect their willingness to relocate.

The result is a data-rich and complex spatial equilibrium model that, with the goal of producing equal welfare gains for both routine and non-routine workers, redistributes today’s workers across U.S. cities.

How do U.S. cities change?

Once workers are optimally relocated, the size of U.S. cities—in terms of population—somewhat evens out. While the share of non-routine workers increases in large cities, these cities lose in overall population. Because the model takes into account gains in quality of life, it distributes non-routine workers in a way that balances the benefits of being concentrated together with the downsides of, for example, increased congestion. New cognitive hubs therefore emerge outside of today’s big cities, including in Midland, TX, Trenton, NJ, and Bridgeport, CT.

Faced with an influx of non-routine workers, however, smaller cities grow by playing to their strengths and expanding industries in which a large share of their workers are already employed. These include expanding furniture production in Greensboro-Highpoint, NC and accommodation services in Myrtle Beach, SC.

Importantly, however, a few of today’s large cities—like Miami, Las Vegas, Phoenix, and San Antonio—do become hubs for non-routine workers because they specialize in non-routine intensive industries like hospitality and retail. Of course, no city specializes completely, since both type of workers are essential in some local industries. For example, though being a doctor is a non-routine occupation, every city needs doctors.

Our proposed tax and transfer system

How do we make this happen? Many researchers have examined how state and local taxes, zoning laws, or other policies effect the distribution of workers in cities across the U.S. The new paper contributes to place-based policy discussions by highlighting the optimal growth of different industries in different locations and then designing a redistributive tax system that incentives workers in certain occupations to live in specific U.S. cities.

The second part of the transfer depends on the industry and location of each worker. Ultimately, it amounts to a subsidy to non-routine workers if they move to smaller cities with low shares of non-routine workers. It also incentives routine workers to form even more intensive cognitive hubs in today’s largest cities by somewhat reducing the size of those cities while increasing their concentration of workers in specific occupations.

Transfers to routine workers relative to average transfers in the city

The quantitative spatial model developed for this study allows us to observe economic side-effects, both positive and negative, of workers in certain occupations living in certain cities. When combined with the effects of strict land-use regulations and housing policies, these side-effects help explain why U.S. workers have become increasingly polarized, geographically, by skills and occupation.

The research illustrates that the geographic distribution of workers across the U.S. can be improved and that polarization does not have to be as economically disruptive or harmful as it has to-date. To revive or grow their local economics, U.S. cities should play to their strengths by attracting workers in specific occupations, while also considering the optimal size of their city in terms of population. A redistributive tax system that incentivizes workers in certain occupations to move to certain cities could catalyze this process.

Finally, the authors underscore the fact that declines in real estate productivity since the 1980s have contributed the spatial polarization of U.S. workers and prevented improvements to workers’ quality of life in many cognitive hubs. Increasing the supply of housing and eliminating regulations that have impeded development in highly productive cities and neighborhoods would produce significant welfare gains for both routine and non-routine workers.