Celebrating the Princeton Economics Class of 2022

On May 23, students, friends, and family joined the Princeton Economics Department on campus to celebrate Class Day 2022. The ceremony in McCosh Hall was the first in-person Class Day since 2019, and was a wonderful opportunity to recognize the exceptional accomplishments of the 123 seniors graduating from the department. 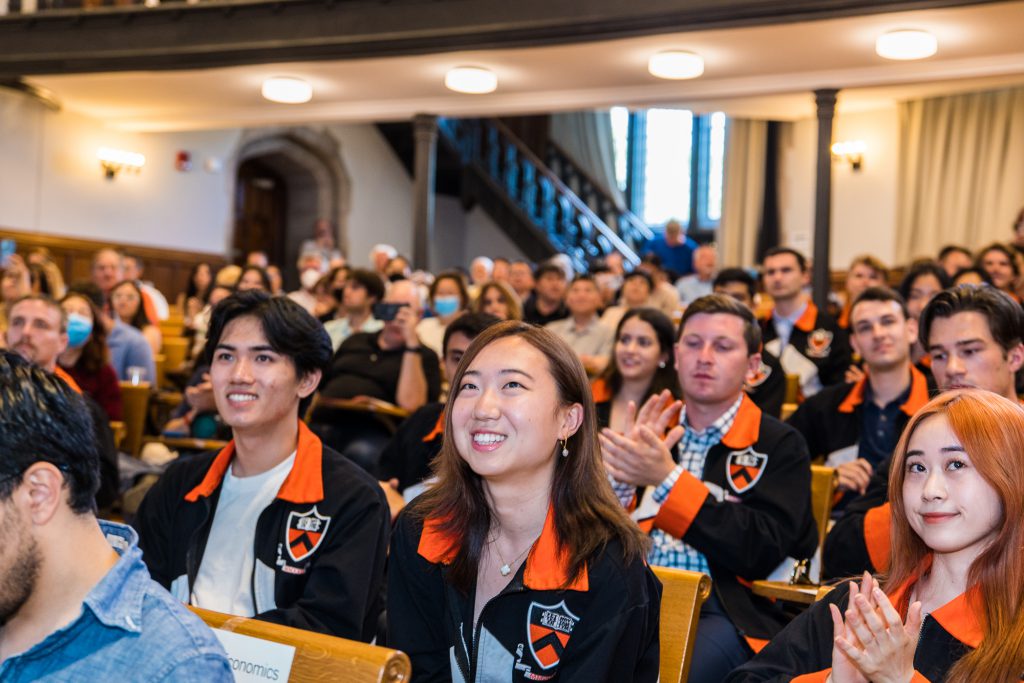 At the conclusion of the ceremony, Vignesh Panchanatham was celebrated for receiving the Halbert White ‘72 Prize in Economics. The prize is awarded annually to the most outstanding senior economics major, as evidenced by excellence in department coursework and creativity in their Junior Paper and Senior Thesis. 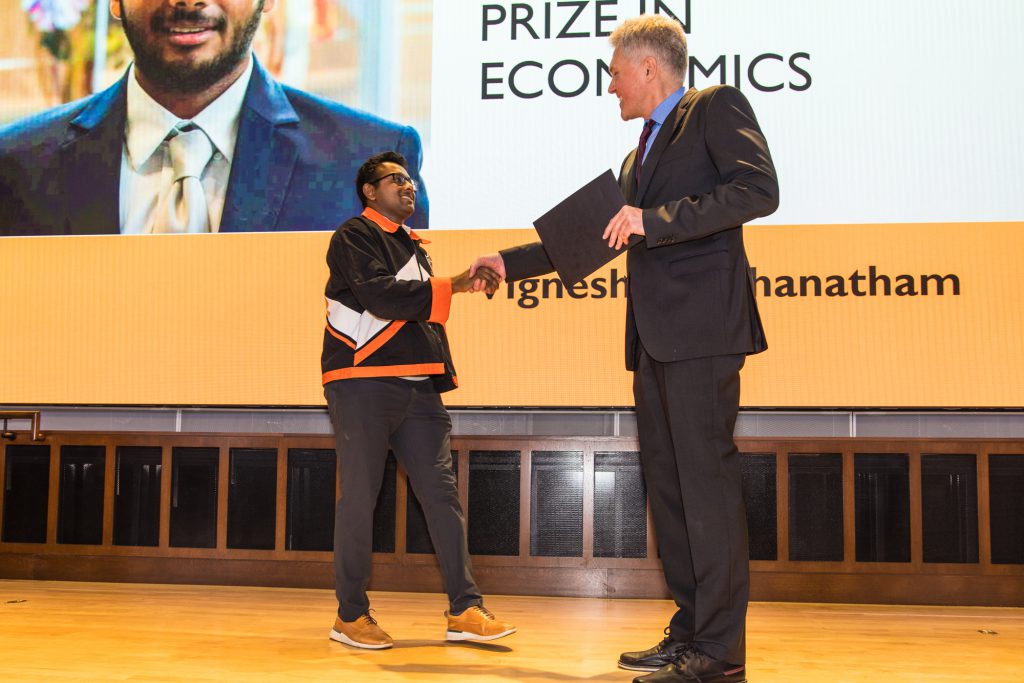 “Vignesh forged an intellectually challenging path throughout his Princeton Economics education by consistently taking and mastering demanding courses and excelling in his Junior Independent Work and Senior Thesis,” said Pesendorfer. 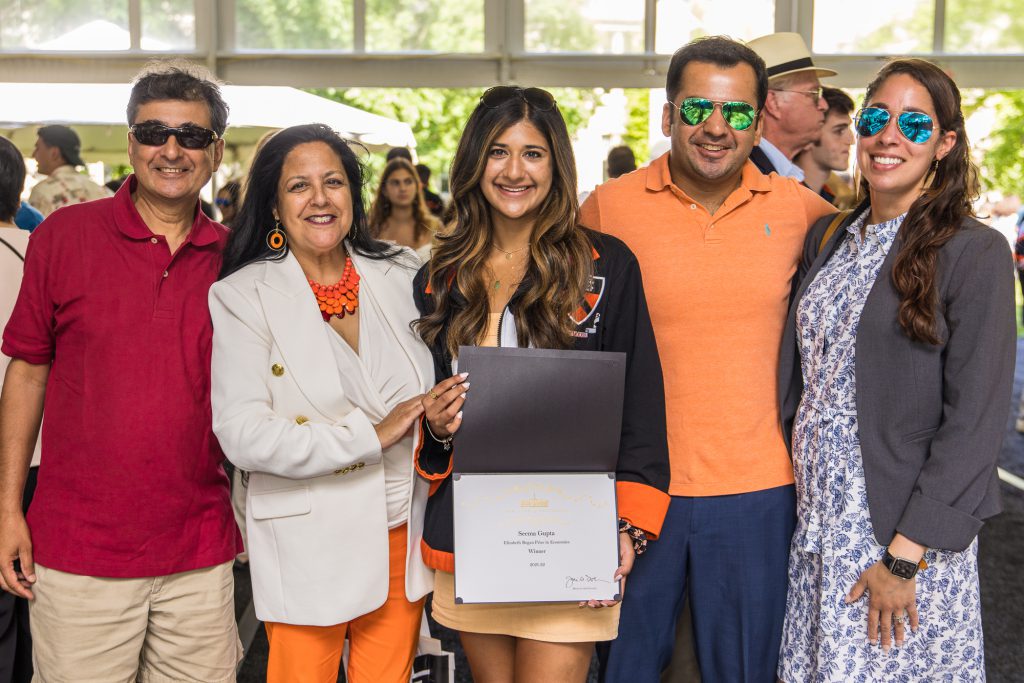 In addition to this year’s Senior Thesis Prize winners, the department congratulated two students whose senior thesis projects were acknowledged by other programs at the university. Katherine Ross earned the Environmental Studies Book Prize in Social Science from the Program in Environmental Studies. Ana Pranger was the second place co-winner of the Suzanne M. Huffman Memorial Senior Thesis Prize Award from the Program in Gender and Sexuality Studies.

The department extends its gratitude to everyone who helped make Class Day 2022 a huge success. 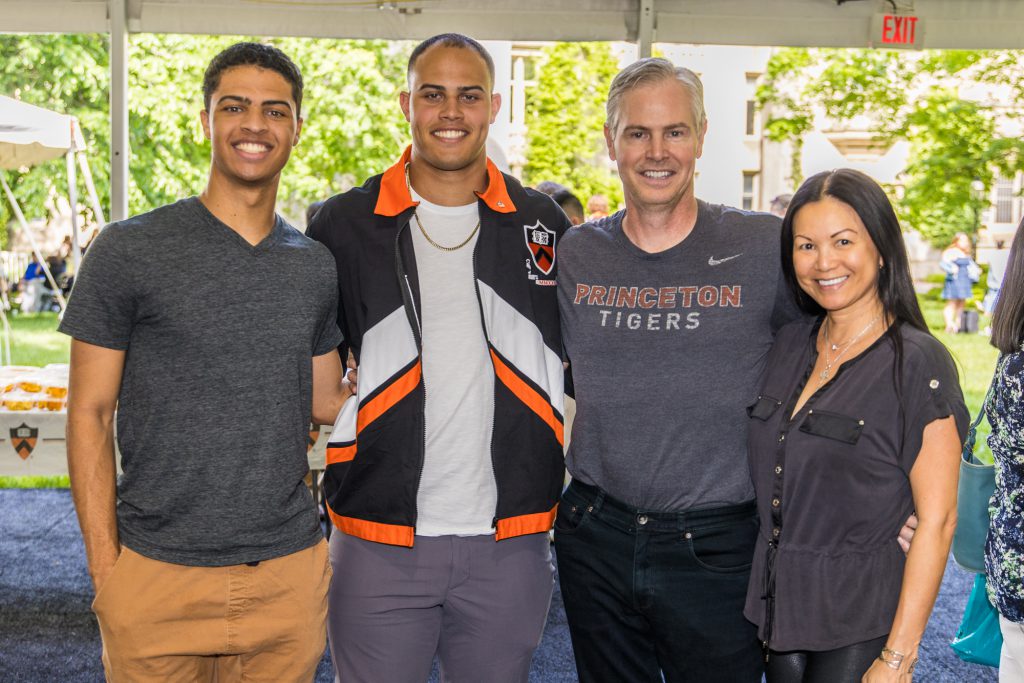