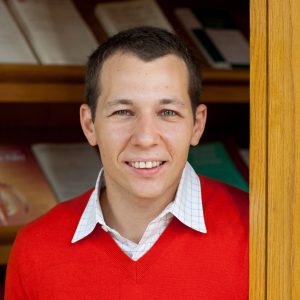 The American Economic Association has announced that Oleg Itskhoki  is the recipient of the 2022 John Bates Clark Medal. Itskhoki, who is currently a Professor of Economics at UCLA, was a faculty member at Princeton from 2009-2020.

The John Bates Clark Medal is awarded annually each April to an American economist under the age of forty who is judged to have made the most significant contribution to economic thought and knowledge.

“This award for Oleg’s path-breaking research in international macroeconomics and trade is fantastic news and richly-deserved,” said Princeton Professor Stephen Redding. “Oleg’s research will shape the research agenda in both of these fields for decades to come.” Redding is a Professor of Economics and Public Affairs with Princeton’s Economics Department and Princeton’s School for Public and International Affairs (SPIA).

The entire Economics Department at Princeton extends a warm congratulations to their friend and former colleague on this richly-deserved honor. To learn more, read the announcement on the AEA’s website.