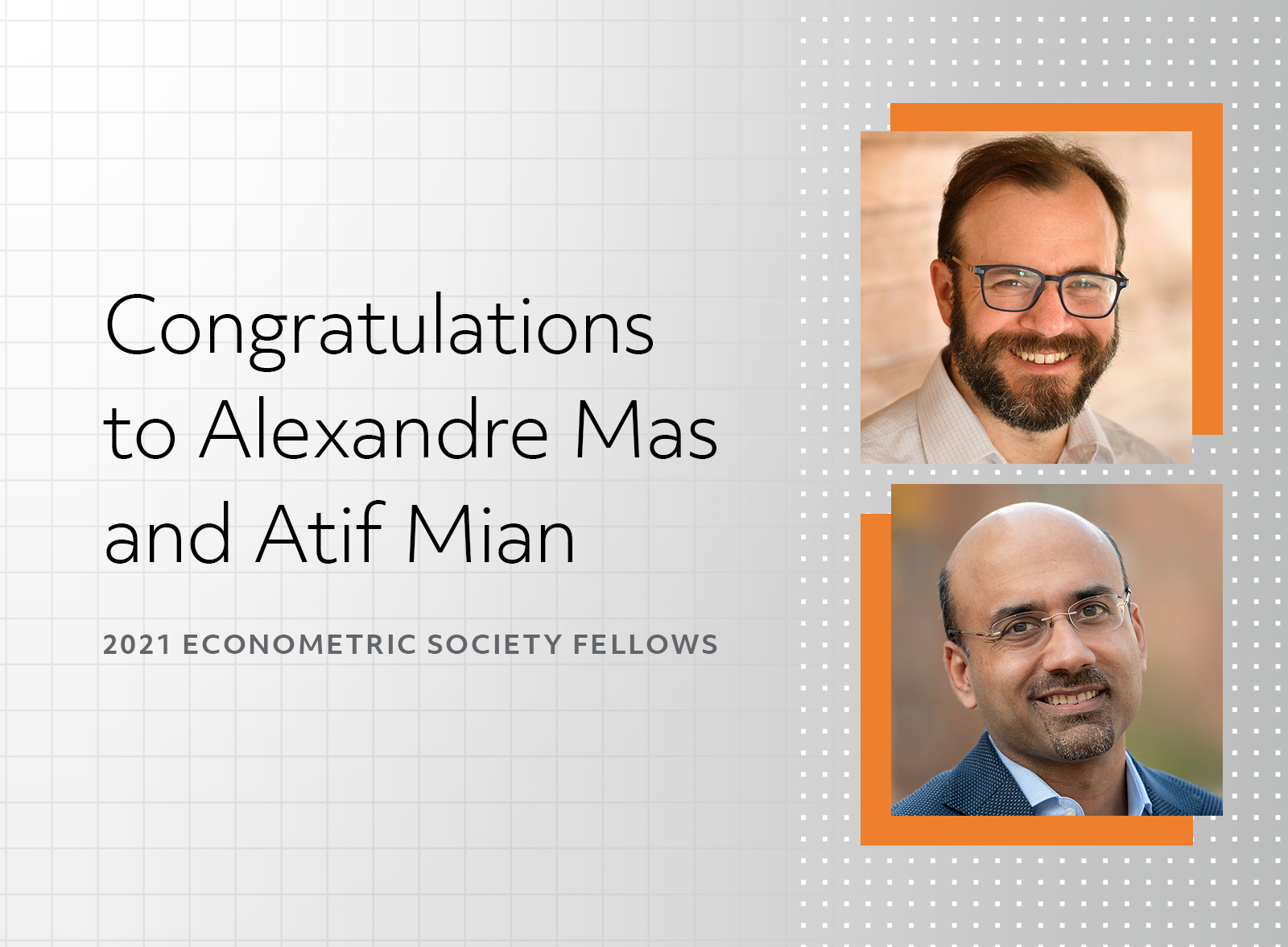 The Economics Department at Princeton University extends warm congratulations to Professors Alexandre Mas and Atif Mian on their election to the Econometrics Society. The Society announced this year’s fellows on September 22.

PROFESSOR MAS, who earned both and M.A. and Ph.D. in Economics at Princeton, is the William S. Tod Professor of Economics and Public Affairs. A renowned labor economist, Mas has also served as Director of Princeton’s nearly 100-year-old Industrial Relations Section.

Mas’ work explores a wide range of issues across labor economics, often shedding new light on worker preferences and other issues at the heart of how individuals relate to work. In a major field experiment that pre-dates the global pandemic, Mas and co-author Amanda Pallais of Harvard found that while the majority of workers are not willing to accept reduced pay for more flexibility (in terms of scheduling or number of hours worked), they are willing to accept lower pay in order to work from home or avoid jobs where employers can set their schedules on short notice. In other research, Mas has studied how public salary information can reduce gender pay gaps and shown that high-wage workers have more wage bargaining power than low-wage workers.

In dozens of influential papers and the popular book “House of Debt,” Professor Mian has studied connections between finance and the macroeconomy. Last month, in work presented at the Federal Reserve’s annual Jackson Hole economic symposium, Mian and co-authors presented new evidence on a contrarian theory: that high levels of inequality are driving low interest rates and high asset prices. The work, which has implications for the ability of central banks to deploy monetary policy tools, builds on recent research by Mian, Ludwig Straub of Harvard, and Amir Sufi of Chicago Booth that illustrates how a large rise in savings by the richest Americans can push the economy into a debt trap characterized by low interest rates, high debt levels, and output below potential.

Mas and Mian join more than 40 other Princeton Economics faculty as members of the Econometric Society. See the full list of fellows here.