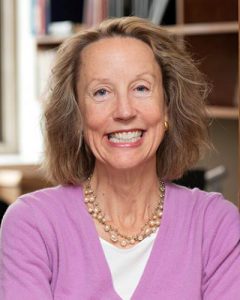 She is affiliated with the Department of Economics at Princeton, Princeton’s School of Public and International Affairs, and Princeton’s Center for Health and Wellbeing.

In addition, the National Institutes of Health (NIH) has awarded Case the 14th Matilda White Riley Behavioral and Social Sciences Honors, which she will receive on May 5. The award is given annually to an individual whose research has contributed to behavioral and social scientific knowledge and the application of such knowledge relevant to the mission of the National Institutes of Health and Dr. White Riley’s vision. The meeting will be held virtually and the webcast is open to the public. Register for the event.

In 2020, Case co-authored, with Princeton Professor Emeritus Sir Angus Deaton, the widely-read “Deaths of Despair and the Future of Capitalism.” The book documents the decline of U.S. life expectancy and the dramatic rise in “deaths of despair” from suicide, drug overdose, and alcoholism. It serves as “a groundbreaking account of how the flaws in capitalism are fatal for America’s working class.”

Case has been awarded, from the International Health Economics Association, the Kenneth J. Arrow Prize in Health Economics for her work on the links between economic status and health status in childhood, and the Cozzarelli Prize from the Proceedings of the National Academy of Sciences for her research on midlife morbidity and mortality.

Case earned her Ph.D. at Princeton in 1988 and has taught at the university since 1991.

The AEA Distinguished Fellow awards “recognize the lifetime research contributions of distinguished economists.” A list of all fellows, current and past, is available here.