Best Wishes to Barbara Radvany, Longtime Department Manager who “Glued Everything Together” 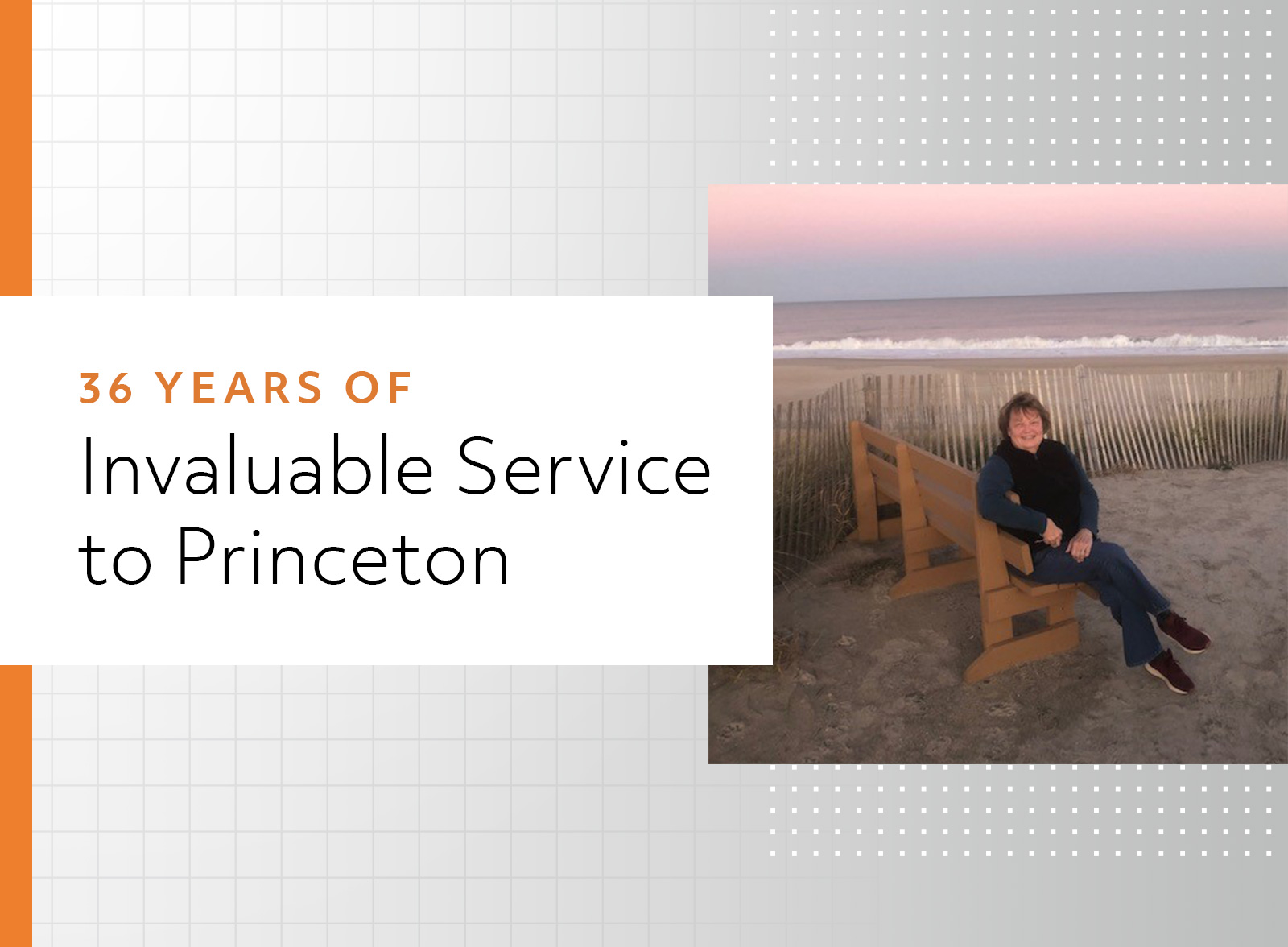 When Princeton Economics Department Manager Barbara Radvany first started working at the university in 1985, she couldn’t have imagined spending her final year before retirement helping the department survive a global pandemic.

But like all academic departments, the Economics Department at Princeton had to adapt quickly to 2020’s unprecedented events. Much of that work fell to program and administrative staff, who had to work fast on their feet to ensure that academic and research activities continued seamlessly.

Though she originally planned to retire just before the pandemic, Radvany agreed to stay on and lead the department through its most challenging year in recent memory.

“It is difficult to imagine how we could have managed without her,” said Economics Department Chair Wolfgang Pesendorfer. “Barbara has been a wonderful department manager. Not only is she a model of efficiency, but she also has an uncanny ability to foresee problems and solve them before they develop.”

“It is difficult to imagine how we could have managed without her.”

As Radvany begins her much-deserved retirement after 36 years of extraordinary service, several past Economics Department chairs wrote to wish her well and to extend their sincere congratulations.

The department joins them in wishing Barbara all the best as she begins this exciting new chapter. We will miss her dearly and know she cannot be replaced.

A toast to Barbara from former department chairs

“Barbara will be sorely missed. I have the utmost respect for her knowledge, tremendous competence, and caring approach to her work. Her great sense of humor has made everyone’s administrative burden lighter. Economics will not be the same without her.” – Janet Currie, Henry Putnam Professor of Economics and Public Affairs

“I always felt that she had my back when I was chair. Department chairs come and go. It is people like Barbara, and others in her position, who provide the continuity that the very best departments need. They glue everything together.” – Bo Honoré, Class of 1913 Professor of Political Economy, Professor of Economics

“Economics will not be the same without her.”

“Congratulations to Barbara on her extraordinary and dedicated service to Princeton economics. Barbara, you made a real difference.” – Ben Bernanke, former Class of 1926 Professor of Economics and Public Affairs

“I worked closely with Barbara for eight years as department chair. She was a godsend. Efficient, super organized and always protecting the best interests of the department. She will be impossible to replace.” – Gene Grossman, Jacob Viner Professor of International Economics

“Barbara is a model of efficiency and she will be sorely missed. Hard work and good spirits are hard to replace, but her fine sense of humor‎ cannot be replaced!” – Orley Ashenfelter, Joseph Douglas Green 1985 Professor of Economics