Over the last twenty years, Princeton Professor Mark Aguiar has produced an expansive body of macroeconomic research, studying everything from emerging market business cycles to consumption inequality to sovereign debt and default.

But even as an accomplished academic, he’ll be the first to say that the path to university professor isn’t always linear. Before earning his Ph.D. in economics at MIT, Aguiar studied history at Brown University and, after studying Korean and Chinese, served as a U.S. Foreign Service Officer in Seoul, Beijing, and Washington, DC.

“If I hadn’t switched gears, I would probably still be a diplomat,” Aguiar said. “But being an economist and a teacher has made for a wonderful career. I love seeing students get excited about new questions and new ideas.”

Of course, not all students who study economics go on to become economists. In fact, Aguiar encourages undergraduates who want to pursue a wide variety of careers, including public service, to consider economics as a major.

“Economics is a framework that can be used to explore an enormous range of questions,” he says. “At Princeton our goal is to train our students to excel no matter the career they choose to pursue.”

Research and teaching in international economics

In the summer of 2021, Aguiar was appointed director of Princeton’s renowned International Economics Section (Princeton IES)–a global hub for promoting research and training in international economics that’s been around for nearly 90 years.

Much of Aguiar’s work is rooted in global and international settings. In a study of sovereign debt crises published in the American Economic Review, Aguiar and Manuel Amador show that creditor beliefs regarding future borrowing can be self-fulfilling, and that when the government is more impatient than foreign creditors and there are deadweight losses from default, the result can be multiple equilibria with markedly different debt accumulation patterns. 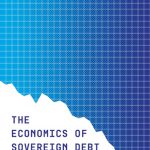 As leading expert on the subject of sovereign debt, Aguiar is also the author, along with Amador, of the forthcoming book, “The Economics of Sovereign Debt and Default,” which will be published by Princeton University Press in December 2021.

Outside his work in the international arena, Aguiar also studies macroeconomic, labor, and finance questions in the U.S. In a study of the U.S. labor supply of young men, Aguiar and co-authors show that young men’s recreational computer time increased by 45 percent during the 2004-2015 period, and that growth in recreational computer games accounts for 23 to 46 percent of the decline in market work for younger men during the 2000s. Taken together, the findings show that innovations are likely to reduce labor supply much more if–like computer and video games–they affect leisure luxuries.

As a foreign service officer turned academic, Aguiar says sometimes the hardest part about being a researcher is staying positive when progress is slow.

For young economists, he has the following advice: “Stay curious, particularly after you become an old economist.”