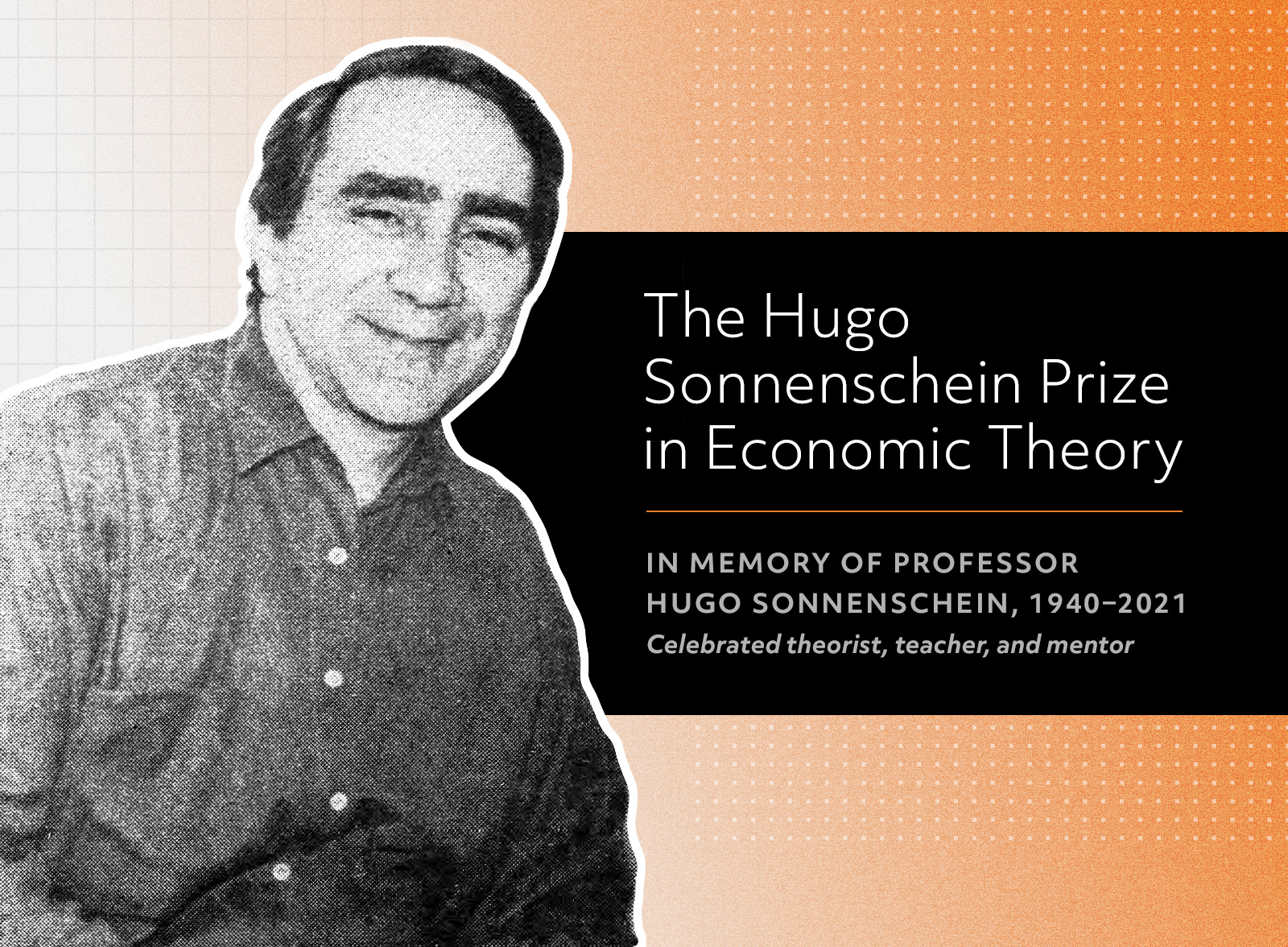 Sonnenschein—who after leaving Princeton served as President of the University of Chicago from 1993 to 2000—passed away on July 15, 2021.

Sonnenschein, a renowned theorist, was a professor at Princeton from 1976 to 1988. In 1991, after two years as Dean of the School of Arts and Sciences at the University of Pennsylvania, Sonnenschein returned to Princeton, where he served as Provost until 1993. 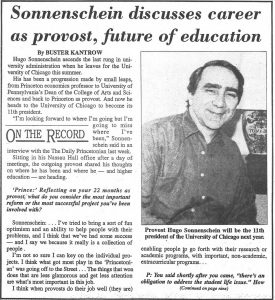 A story from the Daily Princetonian, 1993.

During his time at Princeton, Sonnenschein advised more than a dozen students who would become giants in their fields.

“Hugo’s students were instrumental in the game theory revolution of the 80s and 90s,” said Economics Department Chair Wolfgang Pesendorfer. “The influence of those researchers still looms large today. As a teacher and mentor, Hugo changed the field for decades to come.”

Sonnenschein’s success as a mentor has been widely acknowledged in the field. At a 2005 conference in his honor at the University of Chicago, he was presented with a volume of papers celebrating his “incredible record as a mentor and advisor of students.”

The book, Foundations in Microeconomic Theory, includes more than 20 papers by Sonnenschein’s students, curated “with the aim of demonstrating his tremendous impact as an advisor.”

Years later, leading theorists gathered again to honor Sonnenschein and discuss the role of economic theory in the future of the field.

“It’s clear that he’s both been an exemplary scholar and an exemplary teacher,” said Stanford Professor Alvin Roth in his presentation, titled ‘How to follow Hugo—as scientists and teachers.’

“Through the creation of this new prize, we hope to honor Hugo’s contributions, to students and the field, for generations to come,” said Pesendorfer.