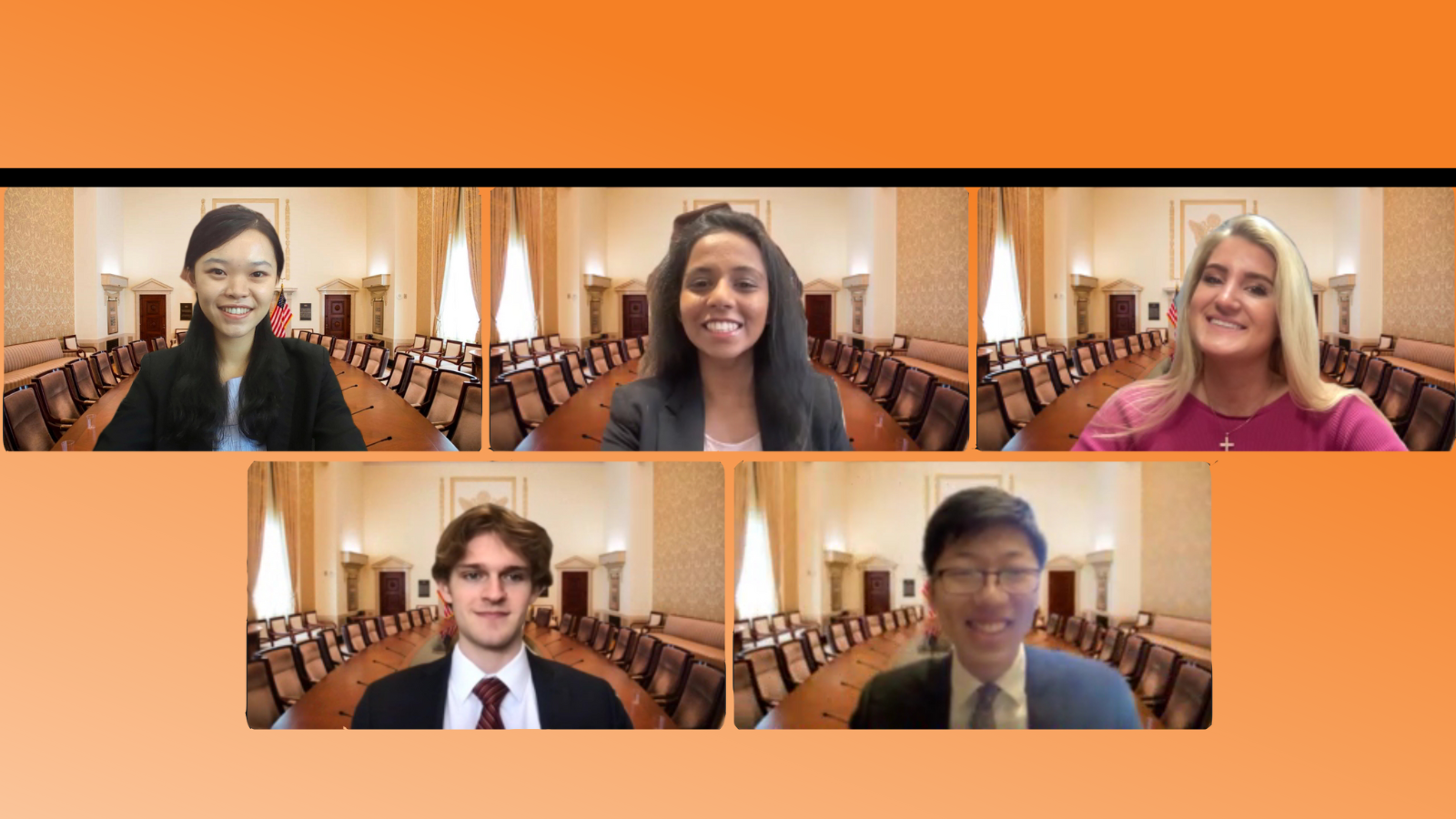 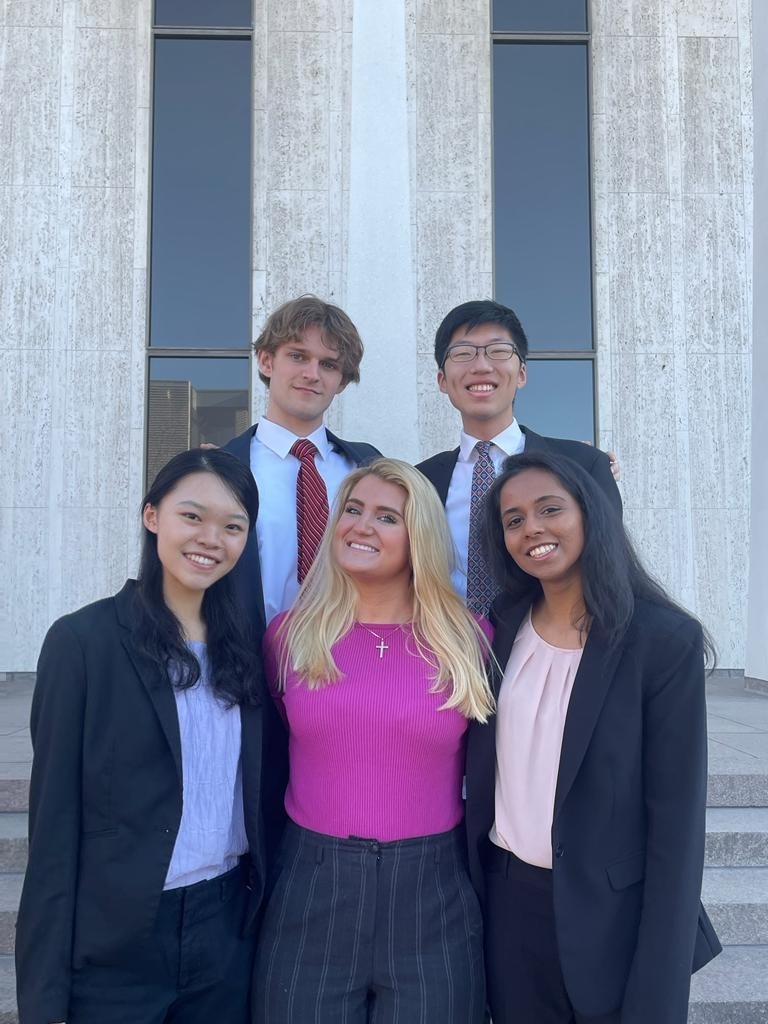 This year’s team is the first Princeton team to take home the top prize in the annual competition where college teams analyze economic and financial conditions and formulate a monetary policy recommendation. Thirty Princeton students contributed to building the team’s final presentation, with five students presenting the recommendations to judges on behalf of the full team. The presenters (pictured here from left to right) were Shirley Ren (’24 and team co-captain), Noah Harrigan (’24), Lauren Fahlberg (’24), Richard Zhu (’23), and Shivani Prusty (’23 and team co-captain).

“We are so proud of this team,” said Professor Blinder when he heard the news. “Princeton teams have been trying to climb the mountain for years. We’ve come close, but never made it to number one until now. The team members deserve all the credit for their hard work and smarts.”

“It was a special privilege to learn from our amazing advisors, Professor Alan Blinder, William Dudley, and Carolyn Wilkins, seasoned central bankers who have significantly shaped monetary policy,” Prusti continued. “Despite their busy schedules, they always made time for us and shared their invaluable insights and feedback on our presentation and we are so thankful to have them.”

Prusti also thanked Dana Molina and the staff at the Griswold Center for their support. “We walked away from the competition with a much deeper understanding of the intricacies of the Federal Reserve and regardless of the result, the experience itself was all worth it because of our advisors and the overall team.”

The full team roster is included below.  More information on current and past Princeton Fed Challenge teams can be found on the Griswold Center website. Congratulations to this year’s team on a well-deserved honor!