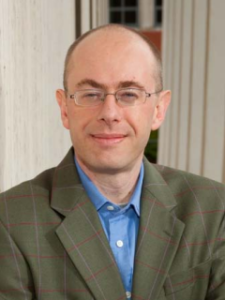 Redding has been with Princeton since 2010. In that time, he has authored dozens of influential papers and several chapters in economics textbooks on international trade, globalization, and more. His research recently earned him the 2018 Frisch Medal from the journal Econometrica and the 2017 Bhagwati Prize from the Journal of International Economics.

Those interested in Redding’s most recent work can explore “Trade and Geography” a review of recent research on geography and trade—including the distributional consequences of trade across local labor markets and quantitative spatial models—prepared for the Handbook of International Economics, as well as a recent working paper that develops a model of human interaction to analyze the relationship between globalization and pandemics.

The entire Economics Department at Princeton University extends its congratulates to Professor Redding on this honor. Redding joins several Princeton colleagues in his election as an Econometric Society Fellow. Last year, Princeton Professor Kate Ho was elected to the society as a 2019 Fellow.