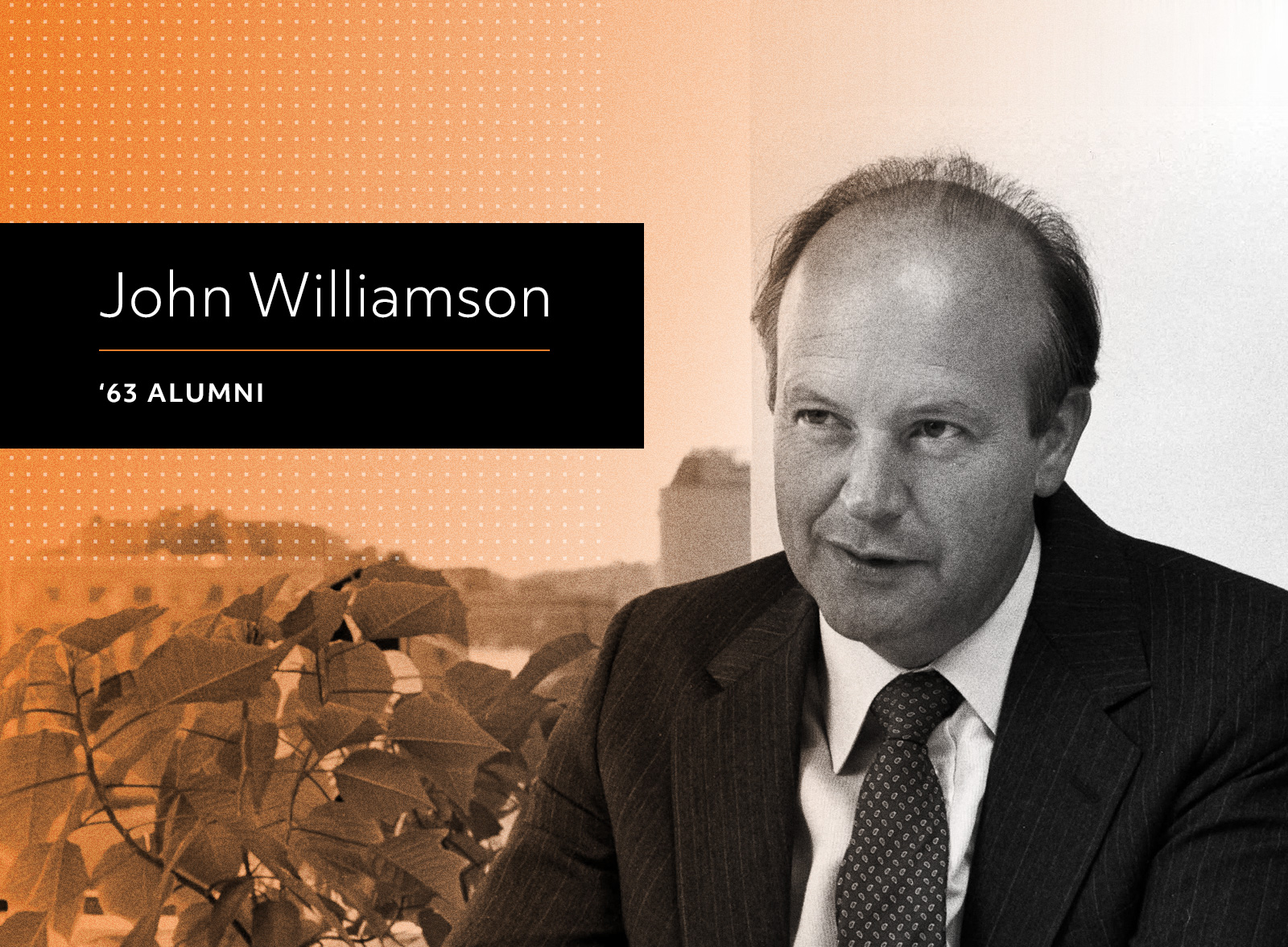 Throughout his career, Williamson contributed to policymaking at the IMF, the World Bank, and the UK Treasury. In addition to a year of teaching at Princeton after earning his doctorate, Williamson taught at the University of Warwick, the University of York, Pontifícia Universidade Católica do Rio de Janeiro, and MIT.

Williamson will be remembered by many as the author of the “Washington Consensus”—a list of policies he published in 1989 to summarize current economic thinking, among international institutions, on how to promote economic growth in Latin America. Much to Williamson’s dismay, however, the purpose of his list was often misinterpreted as policies he and others believed should be imposed on countries around the world. In remarks and interviews following the publication of the Washington Consensus, Williamson sought to clarify that his intentions were descriptive, not prescriptive.

“It is difficult even for the creator of the term to deny that the phrase ‘Washington Consensus’ is a damaged brand name,” he said in 2002. “There are people who cannot utter the term without foaming at the mouth.”

“John will long be remembered for the Washington Consensus,” Princeton Professor Alan Blinder said in recent weeks. “But his oeuvre went far beyond that. He is already missed.”

Blinder, former Vice Chair of the Federal Reserve Board of Governors, said Williamson was “a hard-headed international and development economist without any hard edges. A truly lovely person, he was equally at home in the academic world or in the world of practical policy.”

At Princeton, Williamson studied under Fritz Machlup and Richard E. Quandt. Professor Quandt remembered Williamson as “one of our best students, immensely likable and endowed with a subtle sense of humor.” Williamson’s dissertation, “Patent Licensing and Royalty Terms” is available online for those with a subscription through their educational institution.

“In the mid-1970s, before he became famous for describing and naming the Washington Consensus, John Williamson was a wonderful colleague of mine at the University of Warwick in Britain,” said Dixit. “I learned a lot from him in almost daily conversations, and enjoyed many meals at his house where his Brazilian wife Denise cooked a great Feijoada.”

The entire Princeton community extends their condolences to Williamson’s family and friends. He will be missed, but his contributions to the field and to the world will not be forgotten.