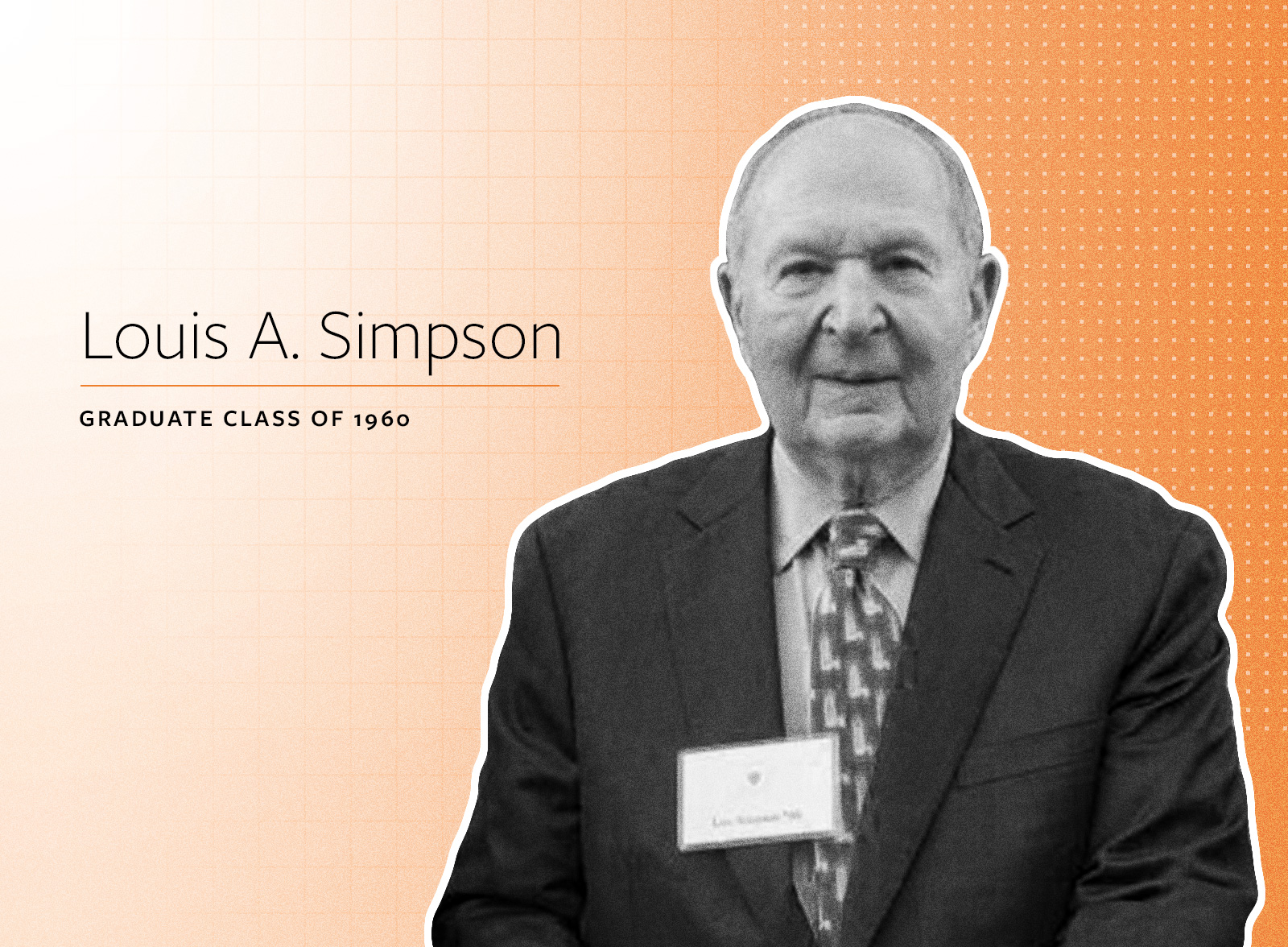 The Economics Department at Princeton University extends its condolences to the family of Princeton alumnus Louis A. Simpson. Simpson, an alumnus, friend, and supporter of the university, passed away on January 8, 2022 at his home in Naples, Florida. He was 85 years old.

Simpson, who in 1960 earned a Master’s in Economics from Princeton, was a generous supporter of the Economics Department. In 2015, a gift from Mr. Simpson and his wife Kimberly K. Querrey established the Louis A. Simpson Center for the Study of Macroeconomics. Mr. Simpson and Mrs. Querrey also gave a gift to fund the Louis A. Simpson International Building. The building is home to Princeton’s international programs, including some programs within Princeton’s School for Public and International Affairs (SPIA) and, in the Economics Department, the Industrial Relations Section (IRS).

“I especially appreciated his intellectual curiosity, which, I believe, motivated his incredibly generous support for academic research.”

After graduating from Princeton in 1960, Simpson spent a year teaching at the university. In the 60 years that followed, Simpson built a much-watched and illustrious career as an investment manager. For many years he led the investment portfolio for the insurance company Geico. Geico is owned by Berkshire Hathaway, and Mr. Simpson was noted and respected confidant of Warren Buffett. An obituary for Simpson in the Wall Street Journal noted that “the two were so compatible that, under a 2000 emergency succession plan, Mr. Simpson would have become investment director of Berkshire Hathaway if Mr. Buffett had died while holding the reins.”

Richard Rogerson, Director of the Louis A. Simpson Center for the Study of Macroeconomics, remembered Mr. Simpson not only for his professional success, but for his enduring kindness.

“To the business world Lou was known as a hugely successful investor. But I will always remember him for his kindness, generosity, and support. His gift to create the Simpson Center has had a profound impact on the macroeconomics group at Princeton.”

“It’s with sadness and admiration we say goodbye to Lou Simpson,” said Princeton Economics Department Chair Wolfgang Pesendorfer. “He was a generous man who was respected and admired by many in the department. We extend our thoughts and condolences to his family.”