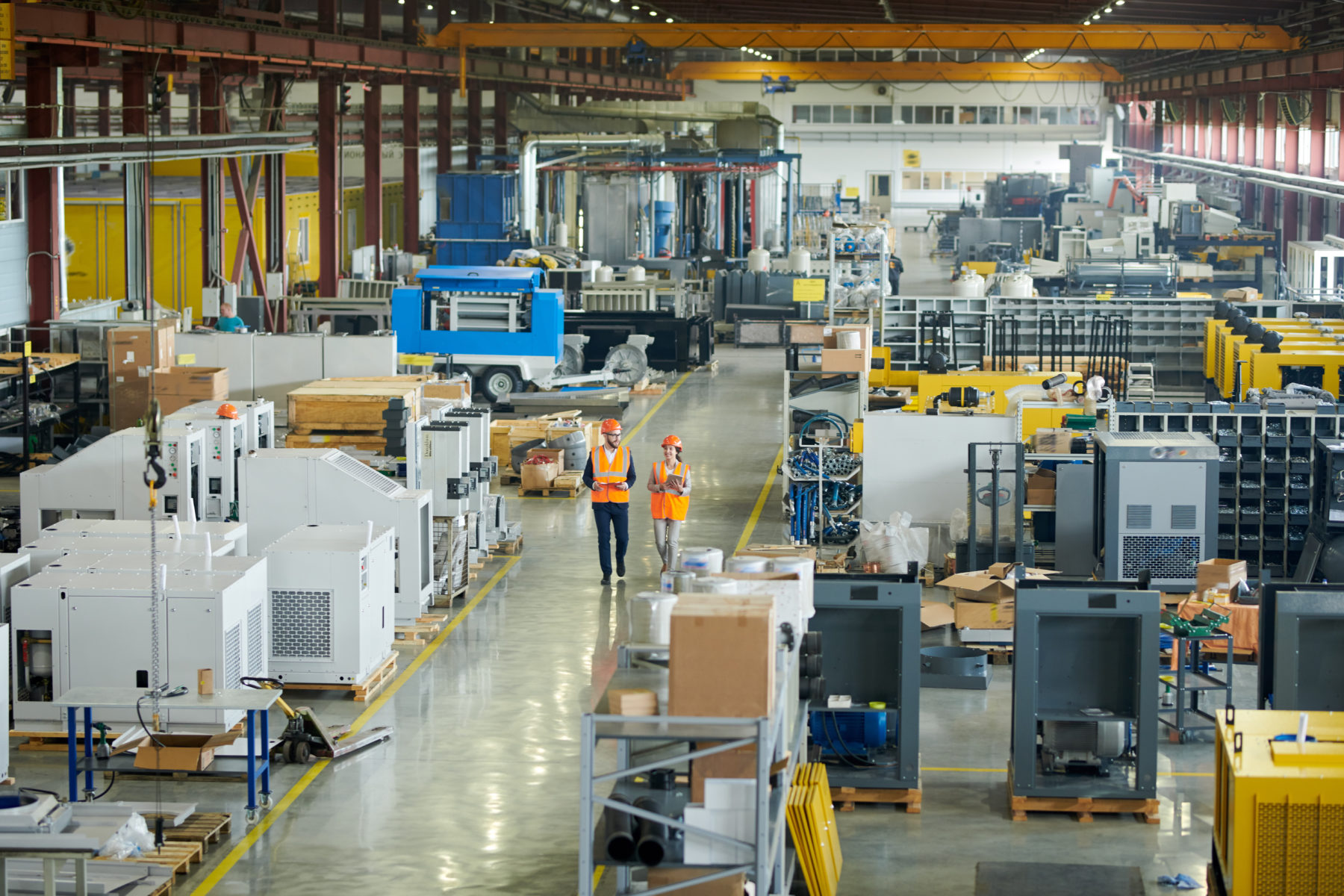 This paper is now published in the Journal of Economic Perspectives.

In early 2019, following a long and highly publicized campaign, Amazon’s search for where to locate its new headquarters finally came to an end. In January, the Virginia Senate approved a package of up to $750 million in state business tax incentives in exchange for Amazon building its HQ2 in Arlington.

Though the incentives offered by various localities in order to attract HQ2 were atypically large, business tax incentives offered by state and local governments—which aim to encourage firms to expand into local areas, generate investment, and create jobs—have tripled since the 1990s[i]. In many ways, they have become the primary place-based policy in the U.S.

And yet despite the growing enthusiasm for place-based policies, in general, it remains unclear whether the high costs of these incentives are justified, or if the tax competition they produce at the local level harms national economic interests. These concerns, alongside public outcries around large, high-profile incentive packages like those offered to Amazon, have led some policymakers to propose banning these incentives.

The paper builds off a unique dataset built by Slattery and first employed in her award-winning 2019 paper (PDF) that studied state and local incentive “bidding” processes and estimated the efficiency of incentive competition. The dataset is unique in that uses a variety of sources to compile data on firm-specific subsidies that did not previously exist.

While the authors find some evidence of direct employment gains from attracting a firm via incentives, they do not find strong evidence that firm-specific tax incentives increase broader economic growth at the state and local level. They document an average growth of roughly 1,500 jobs within the specific industry of each deal. They don’t, however, see strong evidence of job growth in other industries or an effect on county-wide employment.

They also find a small effect on housing markets, with localities that attract new firms via incentives seeing, on average, a 4% decrease in house prices. This apparent decline in house prices provides some weakly suggestive evidence that the welfare effects of these subsidies might be negative on average.

Taken together, our findings suggest that any argument for the continuation of state and local business tax incentives must demonstrate that these policies improve equity, either by improving economic conditions in the most distressed places or by improving the well-being of underemployed and low-income workers. Whether or not incentives can achieve these goals more effectively than other policies remains an open question.

Facts on state and local business tax incentives across the U.S.

While our full paper includes an in-depth discussion of the trade-offs involved in each of these approaches, here they share some top-level statistics from our analysis of these three types of incentives employed across all 50 states from 2002 to 2017.[ii]

Looking at the year 2014, Slattery estimates that state governments spent at least $20 billion on firm-specific and other business tax incentives. Assuming the same relative contribution from local governments as Bartik’s estimates would imply, total state plus local incentives amount to at least $30 billion.

They consider $30 billion a year to be a low-end estimate of what state and local governments spend per year on all tax incentives combined. Previous estimates by Bartik, using the “rules based” approach, estimate $45 billion a year.

2. When compared to spending on other public benefits, the cost of business tax incentives is far from negligible. According to our new estimates, state and local governments spent between $5 and $216 per-capita on business tax incentives in 2014. For the full sample of states, per capita spending amounted to 23% of public safety spending, 13% of health and hospital spending, 11% of transportation spending, and less than 5% of education spending.

Top per capita spenders include Michigan, West Virginia, New York, Vermont, and New Hampshire. Their per capita incentive spending in 2014 amounts to 56% of public safety expenditures, 40% of spending on health and hospitals, 30% of transportation, and 12% of education.

3. Political factors play a big role in whether firms earn incentives. In our raw data, per capita incentive spending increases by more than 20% in half of the cases in which it is an election year and the governor is up for re-election versus one-fifth of the cases otherwise.

Importantly, incentive spending in some states exceeds corporate tax revenues. There are five states—Nevada, South Dakota, Texas, Washington, and Wyoming—which have zero corporate income tax revenue, but spend about $44 per capita on incentives.

5. About a quarter of all state and local business tax incentives is in the form of firm-specific subsidies that go to a very small collection of those U.S. firms establishing offices in new locations. Using Slattery’s “narrative-based” approach that tracks each deal based on public reporting, they also estimate the annual cost to states of firm-specific subsidies, i.e., subsidies like those offered to Amazon that, unlike other tax incentives that would apply either to all firms or to any firm that meet certain criteria, are only offered to one business.

Looking at all state firm-specific subsidies combined from 2002-2017, they find 543 subsidies totaling $96 billion. Looking at a specific year, however, can illustrate just how few firms receive these benefits and how few jobs they support. In 2014, 670,000 firms establishing offices in new locations created more than 5 million new jobs. In that same year, states gave $6.9 billion to 48 firms establishing offices in new locations and promising a total of 50,000 jobs. That means in 2014, states spent about $7 billion—or about a third of all state incentive spending—on incentives that went to .0072% of new firms and 1.41% of all jobs created by those firms. The picture is starker if they consider that all new jobs created in the U.S. totaled 16 million in 2014. Importantly, our data on these firm-specific subsidies does not include smaller incentive packages of less than $5 million. Therefore, they believe this estimate is on the low-end.

7. Poorer areas provide larger incentives and spend more per job, but firms accept subsidies from places that are richer, larger, and more urban than the average county. Counties with an average wage of less than $40,000 pay over $400,000 per job in the average subsidy deal. Meanwhile, counties with average wages over $100,000 pay less than $100,000 per job in a given subsidy.

This pattern may also be driven by differences in profitability—distressed places may need to provide larger incentives to attract firms. There is little evidence on who benefits from these policies across the income distribution and whether those experiencing wage gains were mostly prior residents, unemployed, or working-class individuals. These are open and important questions.

The fact that large, profitable firms are most likely to receive firm-specific subsidies is not surprising, and research suggests attracting these firms will produce the most economic spillover effects. An open question, however, is whether subsidies are more likely to go to a firm based on its product or labor market characteristics. Automobile manufacturing firms are the most “popular” industry, with 56 subsidies, or 10% of the total sample. The average automobile manufacturer promises to create 2,700 jobs and receives $290 million—over $100,000 per job.

Other industries get large subsidies, but do not promise as many jobs. For example, basic chemical manufacturing subsidies amount to almost $1 million per job. Establishments in this industry, however, often make large capital investments, have high fixed costs to entry, reduce local energy costs for other firms, and become settled future taxpayers. They may also lobby aggressively.

State and local governments spend considerable revenue on business tax incentives. In terms of local economic effects, however, we find limited evidence that subsidized firms have employment spillovers in the local economy. As such, the argument for business tax incentives as an effective place-based policy must rest heavily on equity considerations—an area that demands much more study.

To support such research, policymakers should design incentives with equity issues in mind—allowing researchers to evaluate the extent to which these policies actually “trickle down”—and tighten eligibility and implementation requirements for targeted incentive programs. Lenient eligibility requirements of the new Opportunity Zone program, for example, may not be as eﬀective at targeting distressed regions as past programs with similar goals and stricter criteria.

Finally, policymakers can support additional research by improving data transparency. While there have been recent efforts to increase transparency,[iii] new reporting requirements give too much discretion to governments in terms of what to report and how to report it. The data are not yet uniform, comprehensive, or high-quality. Despite these new accounting rules, roughly half of municipalities have not disclosed any revenue lost to tax incentives in their annual financial reports.[iv]