Top Wealth in America: New Estimates and Implications for Taxing the Rich 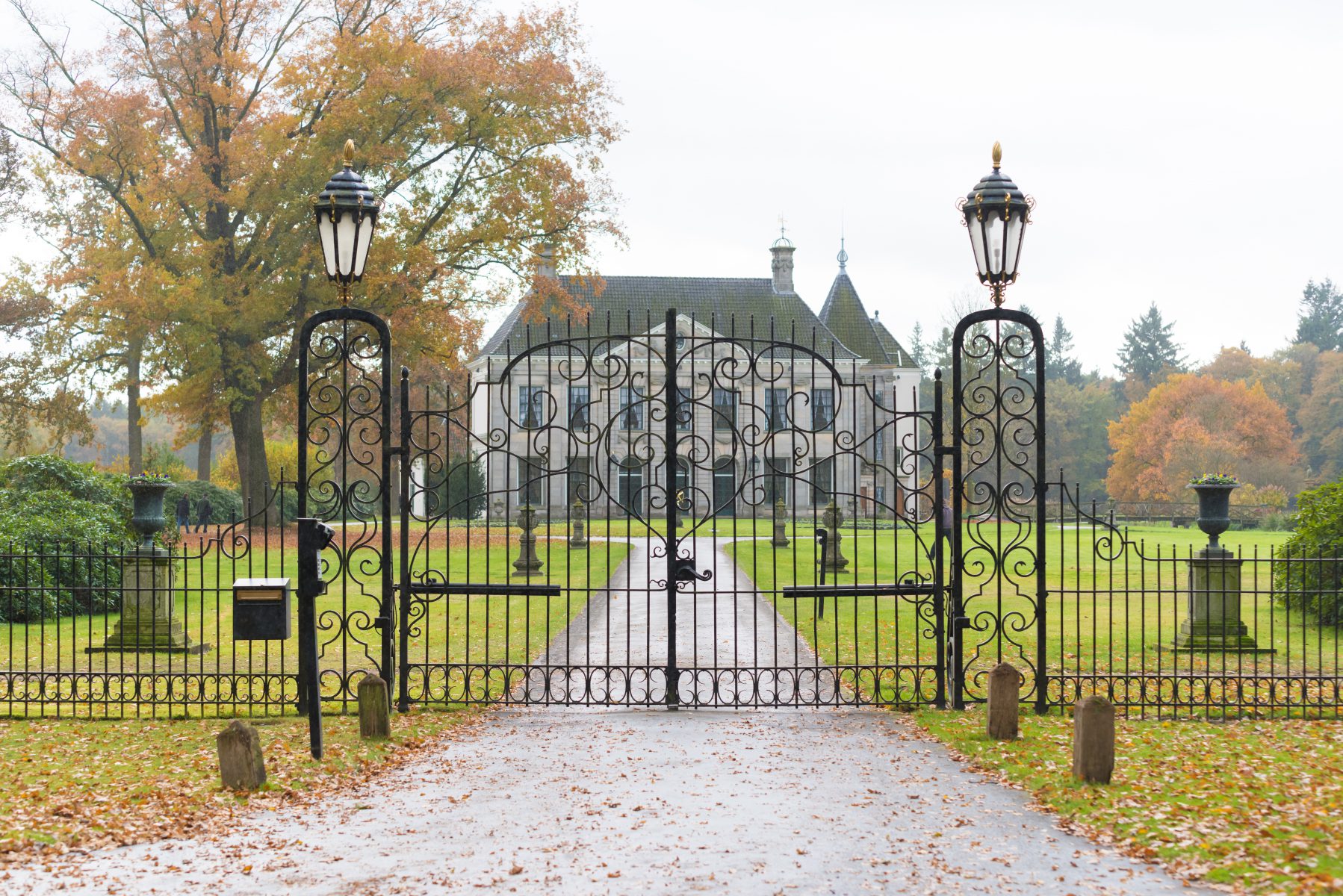 In a paper that uses new data and methods to measure top wealth in the United States, Matthew Smith (Treasury) Owen Zidar (Princeton), and Eric Zwick (Chicago Booth) provide a detailed picture of how America’s ultra-rich build wealth and the pace at which inequality has grown.

Their findings show that wealth is very concentrated: The top 1% holds nearly as much wealth as the bottom 90% and the “P90-99” class. However, inequality has grown less dramatically than other widely-cited estimates suggest and wealth is less concentrated among the very rich (the 0.1%) than many believe. The authors find that wealth held by the top 0.1%—who averaged $54 million in wealth in 2016—has increased from 12.9% to 15% from 2001 to 2016. Past estimates place the share of wealth held by the top 0.1% at 20%. 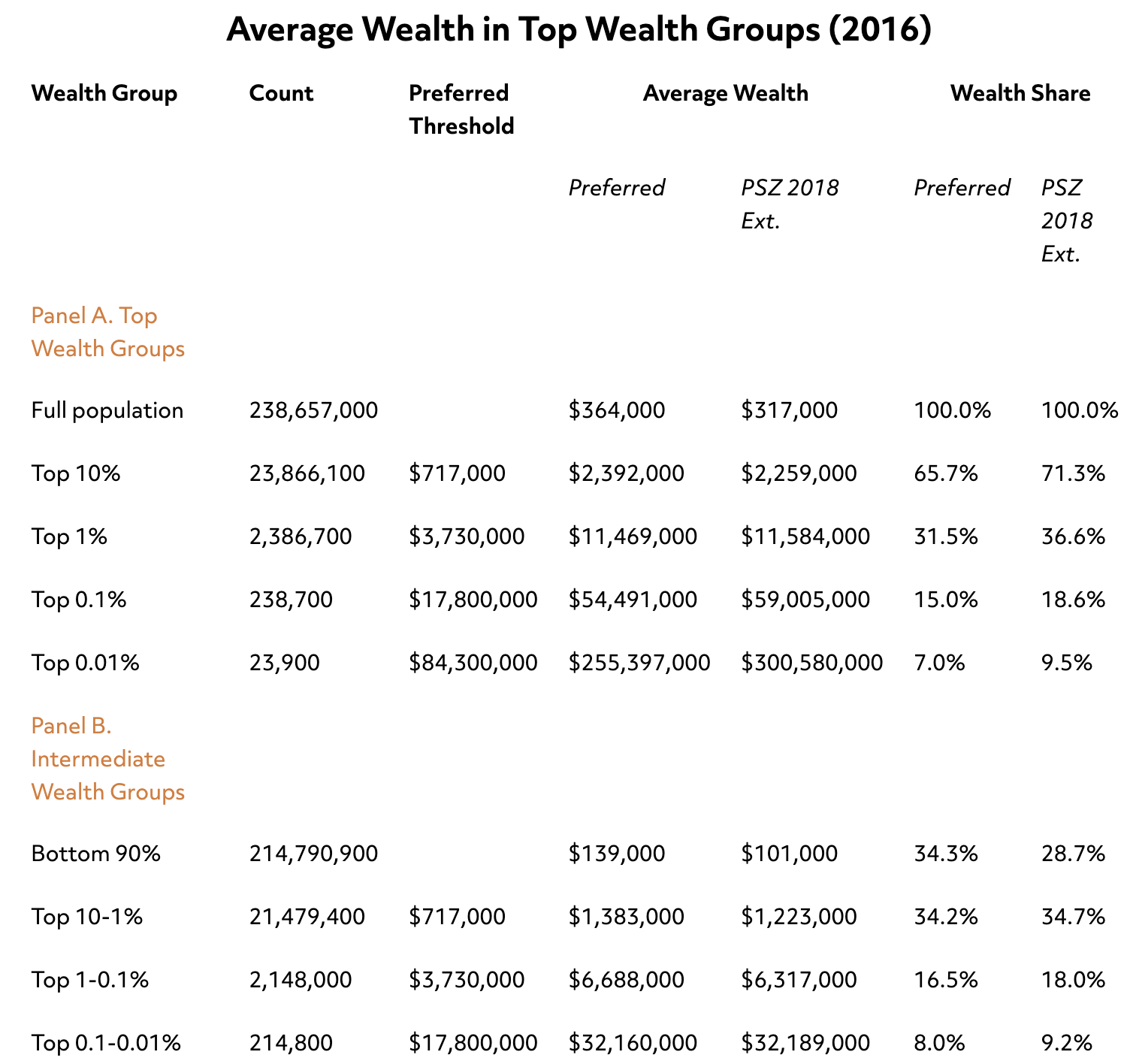 There is no single source of data on how much wealth the richest Americans have. To estimate it, the authors start with administrative income data they can observe and then make assumptions about how much wealth that income translates to. Their methodology shows the importance, for researchers adopting this “capitalization” approach, of understanding that the rich have much higher risk exposure and therefore earn higher returns on their investments. The interest rate on fixed income at the top is about 3 times higher than the average return. 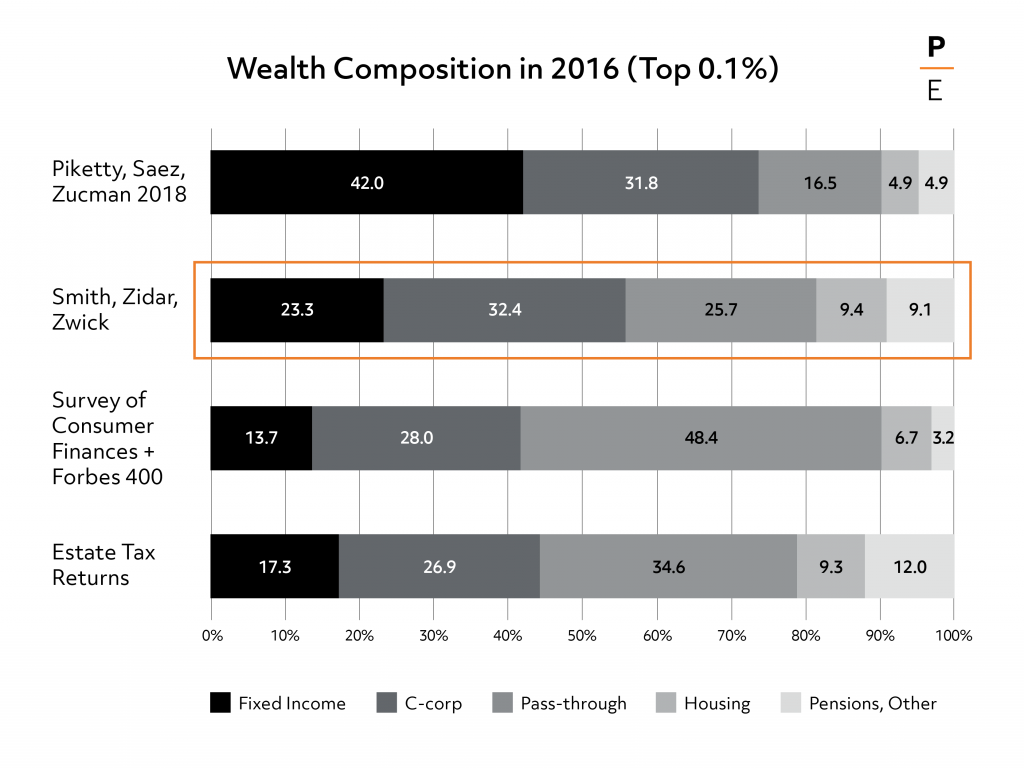 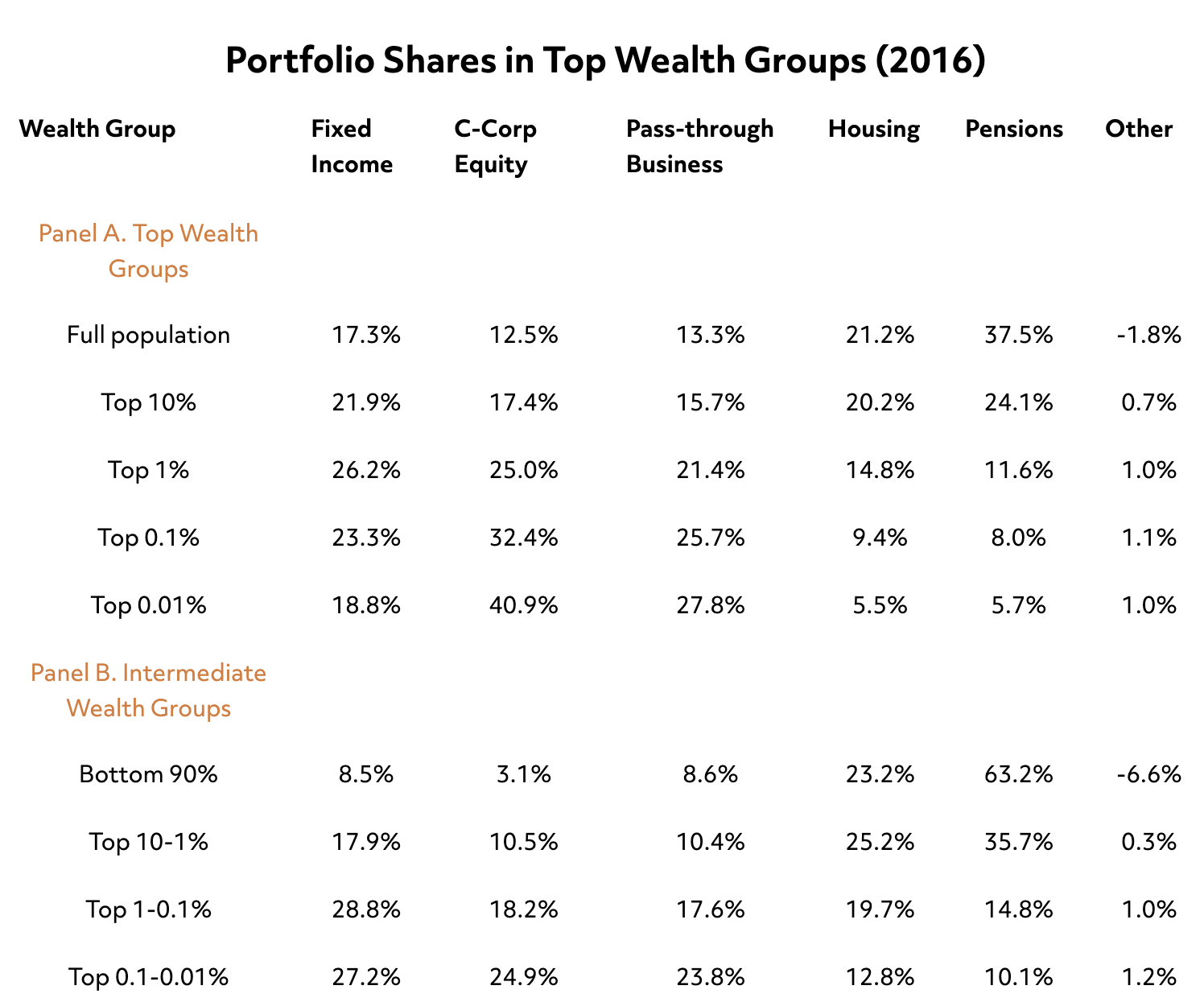 The authors show that the “private business rich”–many of whom accumulated their wealth by owning regional franchises, such as auto dealerships or beverage distributors, or running successful law or medical partnerships–account for substantial amounts of wealth at the top. Even at the very top, the private business rich represent more than half of the Forbes 400 list of the richest Americans, and account for nearly half of the collective wealth in the Forbes 400.

The work has many practical implications for policies to reduce inequality and more effectively raise revenue by taxing the rich.

Reforms that focus on payments to owners of businesses—the corporate tax, the dividend tax, and capital gains tax—provide established ways to increase tax progressivity. The largest component of wealth of the richest Americans is C-corporation equity wealth. Effective tax rates for each of these taxes have fallen substantially in recent decades. Consequently, reverting back to the tax code of 1997 would raise substantial tax revenue and increase tax progressivity. In addition, higher corporate tax rates and minimum taxes would likely increase tax payments from the wealthiest Americans.

The paper uses new data and methods to measure the rise and concentration of wealth in the United States. It’s main methodological contribution is to assemble new data that links people to their sources of capital income and then develop new methods to estimate different rates of return within asset classes that depend on an individual’s wealth.

The methods build on those first used by Saez and Zucman (2016), Piketty, Saez and Zucman extended (2018), and Bricker, Henriques and Hansen (2018).  Appendix L describes how these estimates compare to this important prior work, and this document replies to prior comments from Saez and Zucman on this research.

Other notable figures and tables 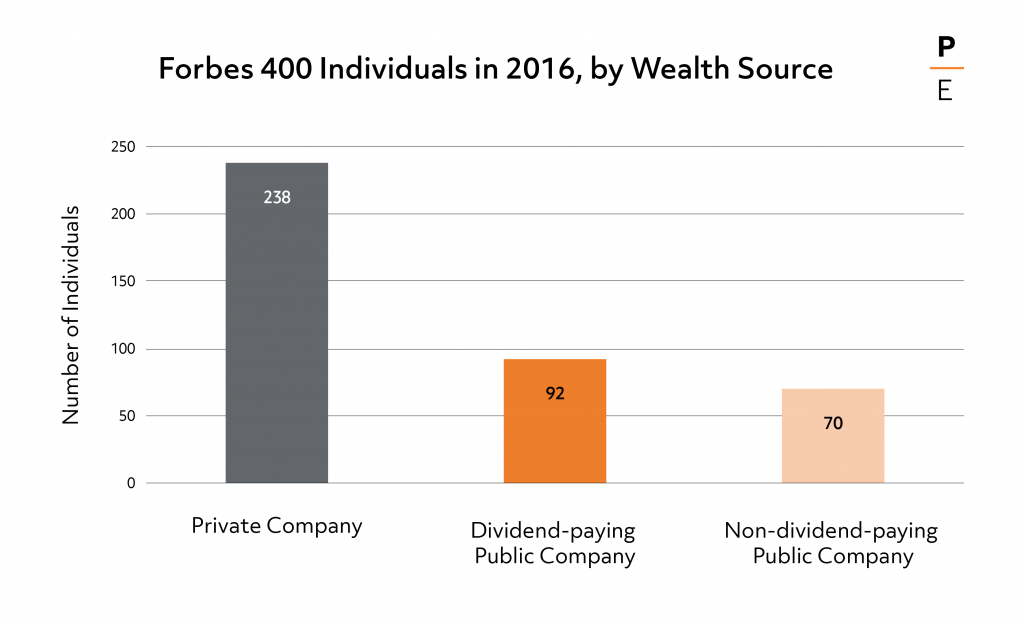 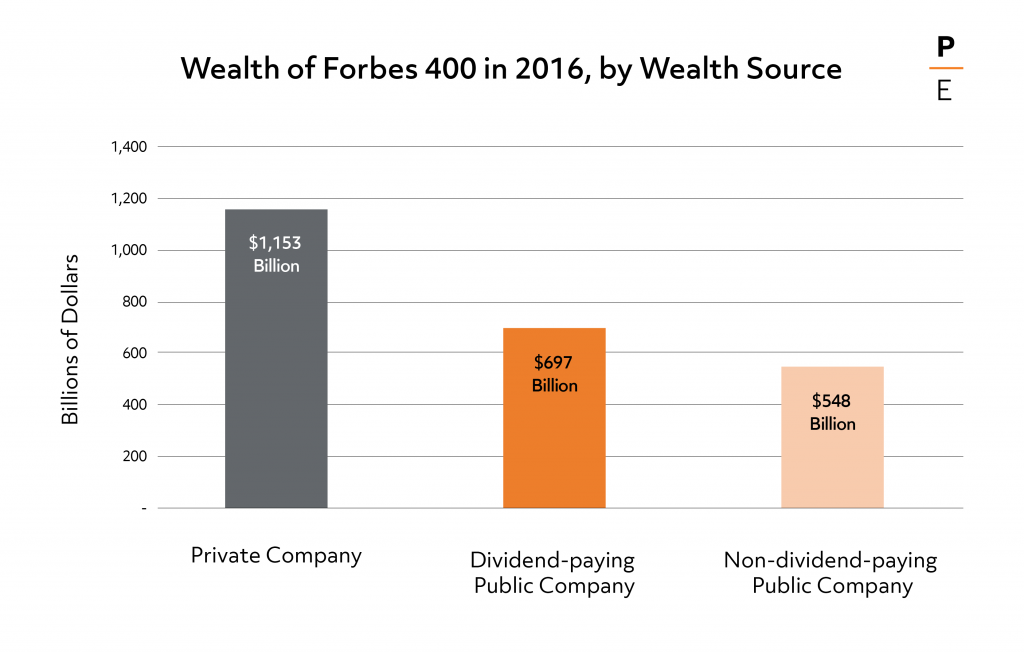