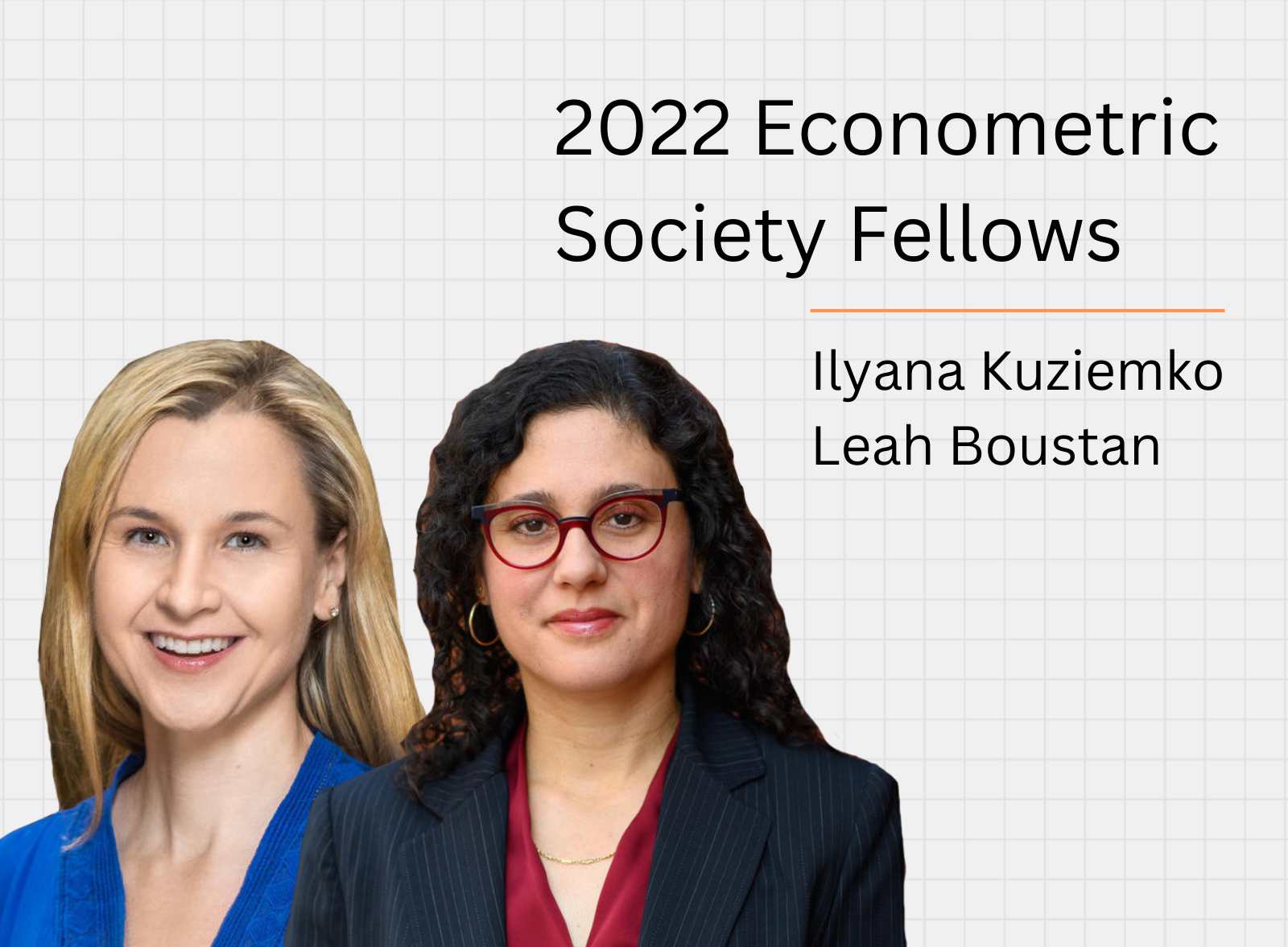 The Economics Department at Princeton University congratulates Professors Leah Boustan and Ilyana Kuziemko on their election to the Econometrics Society. The Society announced the full list of 2022 fellows on September 19.

PROFESSOR BOUSTAN is a professor of economics and the director of Princeton’s renowned Industrial Relations Section. Her research lies at the intersection between economic history and labor economics.

She is the author of the recently published book “Streets of Gold: America’s Untold Story of Immigrant Success.” Examining mass migration from Europe to the United States in the late nineteenth and early twentieth centuries, the book summarizes a decade of scholarship on the past and present of the American Dream. Boustan’s first book, “Competition in the Promised Land: Black Migrants in Northern Cities and Labor Markets” examines the effect of the Great Black Migration from the rural south during and after World War II.

PROFESSOR KUZIEMKO is a professor of economics and a co-director of both Princeton’s Griswold Center for Economic Policy Studies and the Princeton Program in Public Finance. Her research interests are in the areas of public finance, political economy, and labor economics.

From 2009-2010, Kuziemko served as assistant secretary for economic policy at the U.S. Department of the Treasury, where she worked primarily on the development and early implementation of the Affordable Care Act. Kuziemko is a co-editor of the American Economic Journal: Applied Economics and an associate editor of the Journal of Economic Literature. She is also a faculty research associate at the National Bureau of Economic Research and was a 2014 Alfred P. Sloan Research Fellow.